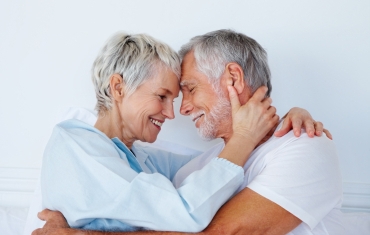 “If everyone fought for their own convictions, there would be no war.” –Leo Tolstoy, War and Peace

Yin and yang (peace and war) infinitely coexist. For without war, peace lacks meaning. However, ‘war’ does not have to mean military conflict. In its broadest sense, it is simply the opposite of peace.

Actually, we can replace the concept of ‘War and Peace’ with ‘The Sentiment of War and the Feeling of Peace.’ From this perspective, one can equate the sentiment of war with stress. And rather than being a destructive force in our lives, we should try to view stress as something creative.

James O’Dea can articulate the idea of creative stress much better, but basically it is the use of life’s stressors as a tool for positive change. It is a transformative power rather than a destructive one.

The usual effects of stress vary widely, and can include anything from simple misunderstandings, to disease, to atrocity. Regardless of its effect, in most cases there is an opportunity for something positive, and maybe even evolutionary.

In terms of health, because of their pure toxicity, some chemical stressors can be hard to justify as creative forces. Examples include tobacco and environmental pollution. However, in a cultural context where these stressors can be used as a measure of human behavior, there is room for debate over their value. But for the sake of this post, let’s stick to the role of stress in aging.

In particular, I’m referring to mental-emotional stress and its penchant for siphoning our vitality. There are hundreds of studies linking stress to disease and premature aging. Factors involved in the effects of stress on aging include: our inherent strength and endurance, and how we handle stress. The exact stressor is less of a factor.

To explain the role of creative stress in aging, for a moment let’s revisit the idea of war. Even on the topic of health, there is no shortage of wars. Prime examples are the War on Cancer, and the War on Drugs. These wars have been waged since President Nixon officially started them in 1971. That’s 40 years ago. How long will the new war last?

What is the new war?

Even without a presidential edict, there seems to be a war on aging. Look around and you’ll notice a new brand in town: ACME Anti-Aging. There is even a medical specialty with a certification from the American Board of Anti-Aging. And then there’s the American Academy of Anti-Aging Medicine, whose 2012 conference is being held–no surprise–in Sin City, Las Vegas.

The problem is that the concept of anti-aging is being sold to young people who are scared of getting old. And it has corrupted the marketplace with products and procedures designed to hide the reality of aging. Not only does it deny aging, but it also neglects the true factors that contribute to healthy aging: a wholesome diet, exercise, and rest. And anthropologically, in my opinion, the anti-aging movement is fostering a discrimination against seniors.

I’m still relatively young, but… what’s wrong with aging? And why should we be anti- it?

I guess ‘aging’ suggests a progression towards death. And not just physical death. It also implies the death of our sex appeal, our relationships, our jobs, and any other variable we use to define our youthful selves. Hence, the anti-aging movement which, in my opinion, is an extension of the Beauty-Industrial Complex (to rephrase Dwight D. Eisenhower) that capitalizes on the fear of getting old.

I get it. It’s scary getting old, especially when our self-worth is measured by the currency of youth. But let me share my (relatively youthful) views on aging:

Of course I believe in preventive medicine to ensure vitality as well as longevity. But I’m definitely not Anti-Aging. I am Pro-Graceful-Aging. Aging can not only be graceful, but it can also be a Second Ripening. For it is a period of blossoming wisdom.

With the exception of spontaneous enlightenment [good luck with that], spiritual transformation requires aging, most likely over a long period of time. So, aging is a process of discovery–one that I don’t want to skip.

Graceful aging will help us come to terms with death. For the philosophical outlook that comes from aging adds meaning to life. It offers beauty and the art of living to the aging eye. As our eyes cloud, our third eye gains clarity.

Graceful aging gives back to society–things like sage advice for those approaching the peak of their youth.

Finally, senior wisdom gives us saints like George Carlin, who–while not quite graceful–made us laugh and didn’t give a f**k about aging.

Creative stress is taking the inevitable stress of life, and using it as education. Stress is something to enrich our understanding of ourselves and our place in the world. Creative stress–in the aging process–becomes a production in which we unfold our souls as a work of art.

Do not confuse ACME Anti-Aging with preventive medicine. Anti-Aging’s emphasis is not on the prevention of disease, but rather on beauty–the superficial kind. Of course, we all have our personal tastes as to what constitutes beauty. But if you take mainstream media as an indicator, it seems our tastes are converging onto a narrow concept of beauty.

So, I am anti-Anti-Aging. And I call aging beautiful. What do you call it? Since my views come from a vantage point of relative youth, I’m particularly interested in hearing from those who are a little further along the process…