by Carl Balingit on February 9, 2020
in Acupuncture 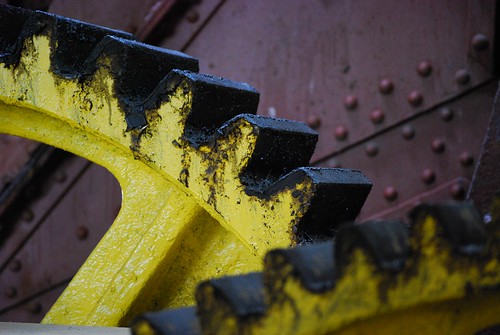 In my previous post, I explained how acupuncture creates piezoelectricity to open the ion channels of our cells. Here we’ll discuss acupuncture’s effect on opioid and cannabinoid receptors. But first, let’s talk about the general research environment in acupuncture. (Or, you can skip to the –oids section below.)

Manual acupuncture has been performed for at least 2,000 years. Throughout that span, there have been a few innovations; for example, upgrading the “needles” from stones, to bronze, to iron, to the stainless steel disposable needles we use today. The latest major innovation was the introduction of electrical stimulation to the needles.

There is a discrepancy between the origin stories of electroacupuncture. Whether it started in early 19th-century Europe, 1940s Japan (we do know they were doing an awful lot of experiments during World War II), or in China 1934, with the publication of “The Technique and Principles of Electro-acupuncture,” it is the most recent major innovation in the multi-millennial history of acupuncture. So when venturing to research acupuncture, why not use the “latest version” of it?

Electroacupuncture does seem to be more effective than manual acupuncture when treating pain. Since pain is probably the most common medical concern, it’s what gets studied the most; hence, the predominance of electroacupuncture studies. But remember that acupuncture, in general, treats much more than just pain.

Finally, standardization is key when it comes to being able to reproduce research results. And it is easier to standardize electroacupuncture by specifiying the frequency (Hz) and intensity of stimulation; whereas manual acupuncture requires active lifting, thrusting and twirling of the needle, making standardization difficult.

During acupuncture, once the ion channels are opened, other effects can be detected; like the recruitment of the opioid and cannabinoid systems.

The opioid system is most commonly recognized for its involvement in pain relief. However, it has also been shown to offer neuroprotection and help regulate ionic homeostasis, cell division, regeneration, emotional response, immunity, appetite and metabolism, respiration, and heart function. (Feng, 2012)

There are three main opioid receptors, mu- (MOR), delta- (DOR) and kappa- (KOR) that produce their effects when bound by opioids. A fourth receptor, opioid receptor-like orphan (ORL), was later recognized, and it is much less understood than the original three.

The endogenous opioids (produced by the body) are constructed of amino acids. They are known as endorphins, enkephalins and dynorphins. Their selectivity for particular receptors varies, except that dynorphin is strictly a KOR agonist (i.e. binds to).

The cannabinoid system has been popularized by the marijuana movement because it is responsible for the effects of THC and CBD (chemicals derived from marijuana). Like the opioid system, the cannabinoid system provides neuroprotection and helps regulate pain, emotions, appetite, and metabolism, in addition to motor coordination.

The most well-known cannabinoid receptors are labeled CB1 and CB2. CB1 is predominantly found in the central nervous system. Outside of the brain and spinal cord, CB1 plays a minor role; whereas CB2 is considered to be active only in the periphery (though there are studies that propose some CB2 expression in the brain).

The endocannabinoids (produced by the body) are constructed of fatty acids; mainly arachidonic acid, though other fatty acids may be involved. The most understood endocannabinoids are anandamide and 2-AG. Anandamide is commonly thought to be a weak agonist, while 2-AG strongly binds to both CB1 and CB2 receptors.

Because the opioid and cannabinoid systems share neuroanatomical and physiological characteristics, and they are both heavily involved in addictive disorders, it is assumed that they interact. While the nature of the opioid-cannabinoid interaction is not well-defined, the effects of acupuncture may help shed some light.

In a study on persistent pain, electroacupuncture caused the release of opioids from immune cells near inflammatory sites. (Zhang, 2014) This may be due to the same consequence of piezoelectric stimulation, i.e. depolarization of the cells leading to a specific action. It also activated sympathetic (fight-or-flight) nerve fibers, which may enhance the migration of endogenous opioids.

Regarding opioid-cannabinoid system interaction, the same study showed that electroacupuncture also enhanced the expression of CB2 receptors in inflamed tissue. While production of endocannabinoids was not observed, it did find that the expression of CB2 receptors up-regulated the production of opioids. This CB2-opioid effect is corroborated by a separate study unrelated to acupuncture. (Ibrahim, 2005)

During electroacupuncture, the frequency affects which opioids are released. Low frequency (2 hz) produces enkephalins and endorphins. High frequency (100 hz) produces dynorphins. Moderate frequency (60 hz) produces all three types of opioids. They all have analgesic effects, but dynorphin appears to be most effective for spinal cord lesions.

As evidence of effects other than pain relief, a study on neuroprotection showed that electroacupuncture increased the production of anandamide and 2-AG. This helped protect the brain from ischemia (diminished blood supply) through the binding of the endocannabinoids to CB1 receptors. (Wang, 2009)

At a maximum speed of nearly 270 mph, nerve signals must pass through numerous junction points. These junction points are called synapses, and they are where nerves meet other nerves or muscle fibers, or some non-neuronal cells. The gap between these structures is known as the synaptic cleft. Nerves send neurotransmitters across that gap to relay the messages.

Opioid and cannabinoid receptors help control the neurotransmitters that are released. So, essentially they can edit the messages.

My initial title of this post was, “Acupuncture Bridges the Synaptic Cleft.” This alluded to how acupuncture helps the flow of Qi (electrical signals, neurotransmitters, messages) along the neuro super-highway by activating the –oid receptors located at synapses.

However, since the action of the receptors is mostly inhibitory, a drawbridge would be a better metaphor for acupuncture’s facility here; in that acupuncture helps hold back the flow of certain neurotransmitters across the synaptic cleft.

For example, in the peripheral nervous system, “substance P” is the neurotransmitter responsible for sending pain messages. Its release from the synapses is prevented when endorphins bind to their receptors, stopping the pain signal. In the central nervous system, GABA is inhibited instead of substance P, which leads to an excess of dopamine.

The actions of the cannabinoid receptors are less clear; for CB1 receptors can have both an inhibitory or excitatory effect on dopamine production. (Hernandez, 2015)

*The image above is my tribute to Chicago, the gears beneath the old Chicago Avenue drawbridge (demolished in 2018).

Han, Ji-Sheng. “What Is the Best Parameters of Electroacupuncture (EA) Stimulation for the Treatment of Pain and Drug Addiction.” The Medical Acupuncture Web Page, 10 May 2019, med-vetacupuncture.org/english/icmart/icm98abs/abs3.html.