by Carl Balingit on August 18, 2015
in Chinese Medicine 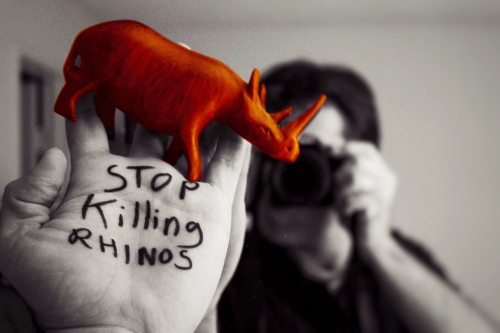 Earlier this month in South Africa, a rhino was mutilated for her horn. Rhino horns are used by some Asian medicine practitioners, as well as general consumers who buy in to marketing claims that the horns can treat cancer, hangovers and impotence.

It is true that the use of rhino horn in Chinese medicine was first documented about 2,000 years ago in the materia medica, Shen Nong Ben Cao Jing. It was traditionally used for febrile diseases, and those few Chinese medicine practitioners that still use it, likely do so with such application in mind. The indications for cancer, hangovers and impotence are modern scripts.

In 1993, China banned the use of rhino horn in traditional Chinese medicine by removing it from the official pharmacopeia administered by the Ministry of Health. It was a good measure to reduce the rhino horn market.

There is reason for optimism, though. Within the broad scope of Chinese medicine, there is an ever-growing consensus to find alternatives to the medicinal use of endangered species. This is notable in the Western world, but in China as well. However, in Vietnam there is still a big market for rhino horn as an unsubstantiated cure for cancer and hangovers [1]. And because the rhino is a traditional symbol of virility, its horn is also broadly marketed as a sexual tonic (also unsubstantiated).

Regarding plant-based alternatives to rhino horn, there are definitely substitutes. Though the horn is traditionally used for febrile diseases, its fever-reducing action is minimal. In fact, acetaminophen is much more effective for fevers. What rhino horn does address are the other symptoms that accompany a febrile disease, mainly convulsions and delirium. For these symptoms, viable plant substitutes are polygala root (yuan zhi), acorus rhizome (shi chang pu), and uncaria vine (gou teng). For high fever and infectious diseases, isatis root (ban lan gen) is effective; it was used prolifically in China to combat the 2003 SARS pandemic.

There is a somewhat happy ending to the rhino mentioned above—except that the poachers are still alive. She was treated with a graft of elephant skin to heal her wound, the success of which will be determined over the next few weeks.

According to The Straits Times, the skin for the graft came from an elephant that had previously died of natural causes.