by Carl Balingit on December 20, 2013
in Chinese Medicine, Preventive Medicine 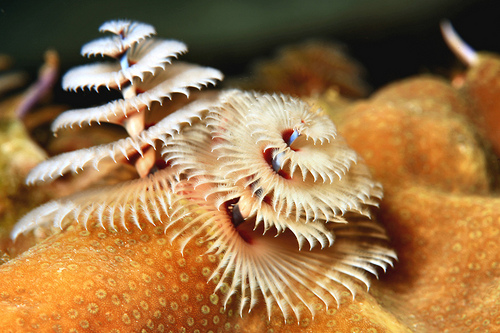 This comes to you from the Caribbean. (My office will be closed thru 12/29.)

Happy Holidays. Give gifts. Steal kisses. That is, if you follow the mistletoe tradition.

The 19th century was a time when we were friendlier with our neighbors. It was the age of salons. Not salons–full of aerosol sprays, gum popping, and tribal girl talk I don’t understand. But salons, where both genders gathered for social interaction and intellectual stimulation.

Salon folks, gathering cheerfully during Christmas season, would pass wreaths, trees and mistletoes being sold plentifully along the streets. On these mistletoes were berries. In the salons were women. Most were not family members but rather friends and neighbors. Why not kiss them all (family not included)? The (gentle)men decided the mistletoe berry was the ticket to do so–pick one berry, get one kiss.

I admire the resourcefulness of 19th-century men.

Medicinal Use for Mistletoe 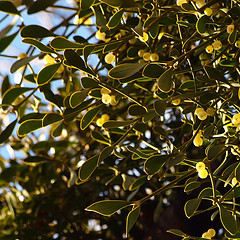 In China, the medicinal use of mistletoe was recorded in a text–Shen Nong Ben Cao Jing–written around the Han dynasty (206 BCE-220 CE). It was traditionally used for pain in the lower back and knees, as well as numbness and weakness. This tradition endures to now, where the herb is commonly combined with other herbs.

A modern use of mistletoe is for the treatment of hypertension, or high blood pressure.

For mild hypertension, several cups daily of mistletoe tea may help regulate your blood pressure. More clinical studies are needed to verify this. However, it is safe to try it this season–with or without kisses. If pregnant, consult a qualified herbalist prior to use.

You can find organic mistletoe at Mountain Rose Herbs (I am not an affiliate).