The Cassia Tree–Material for Your Medicine Cabinet

by Carl Balingit on October 10, 2015
in Chinese Medicine 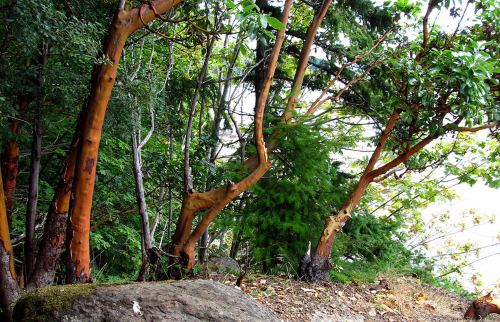 The bark of the cassia tree—used to make cinnamon sticks and powder—offers not only spicy delight but also medicine. An example of its medicinal value is that it helps control mildly elevated blood glucose levels.

Generally, different parts of a plant or tree may have different healing properties. Cassia trees are no exception. For beyond the bark, grow twigs. And there is a distinction in health benefits between the two.

Yesterday, I prescribed cinnamon twigs for a patient with swelling and arthritic pain in her finger joints.1 While both the bark and twigs invigorate blood circulation to treat pain from blood stasis, the twigs target smaller arteries and the upper limbs.

Further distinctions between bark and twigs, in Chinese medicine:

The bark is used to strengthen Kidney Yang—a deficiency of which can lead to infertility or diminished vitality. However, if you tend to run hot, it will make you hotter.

The twigs are anti-bacterial and anti-viral, and can be used to treat some cases of flu or upper respiratory tract infections, depending on the patient’s constitution.

***While cinnamon bark is considered safe (it’s a common spice, after all) and up to 4 ½ g can be taken daily (15g, in severe cases), modern research has found that it has higher levels of coumarin—a natural chemical that can irritate the liver. This adverse effect is not long-term, yet caution should be maintained.

A chemical distinction between cinnamon bark and cinnamon twig is that the twig contains low levels of coumarin.

1 The Chinese medicine term for stubborn and severe pain, that is similar to rheumatism and arthritis in Western medicine, is Bi Syndrome.