by Carl Balingit on February 5, 2020
in Acupuncture, Chinese Medicine 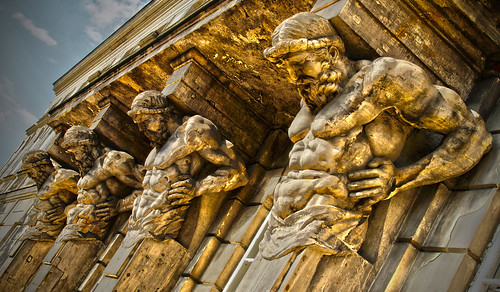 Chinese Medicine can be confusing to Western-oriented minds. For we talk of Yin, Yang and Qi as if they were substances that flow through the body or “energy meridians.” Given that starting point, people expect a translation into more common and definitive terms. But Chinese medicine terminology is designed not to be definitive; so that you may adapt the general concepts (of yin, yang and qi) to specific clinical dilemmas.

Yin, yang and qi allude to processes, not things.

So when it is said that acupuncture stimulates the flow of qi in our energy meridians, there is no well-defined channel through which something is moving.

Take chronic fatigue syndrome, for example, with symptoms of exhaustion, foggy headedness and headaches. This is a condition treated by acupuncture, and it may be characterized as “clear yang not rising.”

As you may have guessed by now, when acupuncture is done to raise the clear qi and descend the damp turbidity that is causing foggy headedness, headaches and lethargy… a ball of energy will not rise to your head; and goop will not be extracted from your brain and sluggish body.

When clear qi rises, there is more blood circulation to distribute oxygen and nutrients to the cells. This promotes oxidation of carbon (from glucose or fatty acids) for energy production via cellular metabolism. The effect is a feeling of expansion (emulating the nature of yang); that you can extend out into the world and express your energy and desires.

When damp turbidity descends, the organs of detoxification (liver) and elimination (kidneys and bowels) have been revitalized to get rid of digestive waste and the byproducts of cellular metabolism. The effect is that instead of feeling drained, you feel like the “evil qi” is being drained from you.

You can read a beautiful rendition of clear yang rising in Ayn Rand’s novel, “Atlas Shrugged” [bold is mine]…

“It was a symphony of triumph. The notes flowed up, they spoke of rising and they were the rising itself, they were the essence and the form of upward motion, they seemed to embody every human act and thought that had ascent as its motive. It was a sunburst of sound, breaking out of hiding and spreading open. It had the freedom of release and the tension of purpose. It swept space clean, and left nothing but the joy of an unobstructed effort.”