by Carl Balingit on May 24, 2016
in Chinese Medicine, Food Therapy 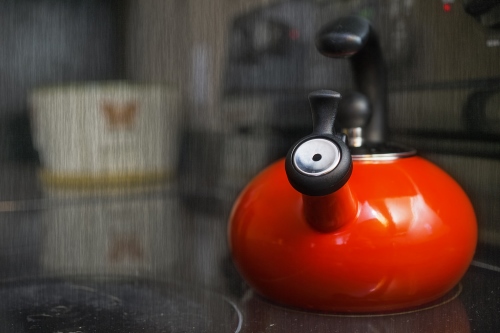 Photo by r. nial bradshaw [flickr.com/zionfiction] under CC BY 2.0

In terms of beverages besides water, the two that I’ve had an affinity for since quite some time are Earl Grey tea and gin. Maybe I have some British DNA. But, in any case, I appreciate both not only for their effect but also their flavor.

Of second note, the primary botanical in traditional (i.e. London Dry) gin is juniper berry. Juniper has a storied history of medicinal use that led up to gin’s precursor, 16th century Dutch “genever”—distilled malt wine flavored with juniper.

In addition to juniper, gin typically has several other botanicals—the variations of which are infinite. Each distillery creates their own blend; but there are staples, including various citrus rinds (all in the same family as bergamot, i.e. Rutaceae). Some of the commonly used ingredients are also used in Chinese medicine: angelica root, licorice root and cassia bark (cinnamon).

However, none of this is a recommendation to drink alcohol. The gin is a tangential thought, being one of my tastes that also has a minor connection to medical history and Chinese medicine.

This effect can be characterized as either yin or yang. Yin, if it is cooling. Yang, if it is warming. Therefore green and black teas have opposing natures—green tea is yin; black tea is yang.

From a food science perspective, I thought that the yin or yang nature of tea (and herbs, foods) might correlate with their antioxidant values. I can humbly say that I was mistaken in thinking that this was a novel idea. For I soon came across an article from the Journal of the Federation of American Societies for Experimental Biology (FASEB); thankfully, they’ve assigned an acronym.

The FASEB study was titled, “When east meets west: the relationship between yin-yang and antioxidation-oxidation.” They looked at the antioxidant properties of 24 herbs to support the theory that yin tonics and yang tonics are proportional to antioxidation and oxidation, respectively. [Ou 2003]

The study compared 12 “yin tonic” herbs to 12 “yang tonic” herbs. [footnote 1] The yin tonics showed a significantly higher level of antioxidant activity and phenolic compounds than the yang tonics. Hence, by comparison, yang tonics were associated with oxidation (yin tonics with antioxidation). This accords with our present knowledge in that yang tonics appear to increase the energy production in different tissues within the body (the specific tissues are dependent on which herbs are used); and that normal energy production involves oxidation where the metabolic byproducts are “reactive oxygen species” (ROS)—the harmful chemicals that antioxidants counteract.

So far, the antioxidation-oxidation theory–in relation to yin and yang–seems plausible when we consider some herbs. [footnote 2] However, this may not apply to tea. I will explain the reason shortly, but first we need to review the tea production process.

Both green tea and black tea come from the same plant, Camellia sinensis. However, they differ in their processing. Green tea is heated early after harvesting in order to halt oxidation whereas black tea is highly oxidized, resulting in its characteristic amber hue and more robust flavor.

Some have said that green tea has much more antioxidant capacity than black tea, because it is not oxidized. The basis is that the chemicals that are credited for green tea’s antioxidant activity, known as catechins, are altered during the oxidation of black tea. The newly formed chemicals are called theaflavins and thearubigans. Because of this alteration, some assume that the antioxidant capacity is destroyed during black tea production. However, it has been proven that theaflavins are equally effective as catechins for antioxidation. [Leung 2001]

So the yin cooling and yang warming effects of green and black teas, respectively, do not appear to be related to antioxidant capacity. Why is this, when the yin and yang tonic herbs seem to clearly correlate with this variable?

It is because tea is not considered a tonic. This means that its effect on the body (whether cooling or warming) is short-term and has no bearing on the usual metabolic rate of the individual. In other words, tea does not affect the mechanism for energy production, as tonics seem to do, but rather seems to act as either a regulator or catalyst for energy production.

Technically, not all the herbs in the FASEB study are traditionally considered tonics (as explained in the footnotes). However, tea serves a different function than all of them. Any yin-yang correlation to antioxidant capacity may be dependent on the specific function of a given herb.

Regardless of the chemistry behind the yin-yang effect, you may now use this information–in addition to flavor, aroma and hue–to help you select the perfect cup of tea. Remember that green tea is cooling, black tea is warming, and both teas have antioxidants. Also, just like herbal formulas, the addition of other ingredients to tea can have varying effects. Earl Grey tea—with its bergamot oil—is good for restlessness due to liver qi stagnation.

Ou, B., D. Huang, M. Hampsch-Woodill, and J.A. Flanagan. “When East Meets West: The Relationship between Yin-yang and Antioxidation-oxidation.” Journal of the Federation of American Societies for Experimental Biology (FASEB) 17 (2003): 127-29. Print.