On Zika and Salivating over Health 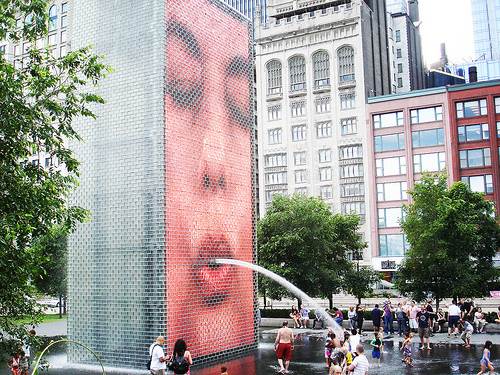 As the 2016 Rio Olympics approaches, I am reminded of saliva. This is for several reasons. Firstly, saliva has played a minor role in recent news on the outbreak of the Zika virus in Brazil. Though the outbreak started a year ago, health concerns about transmission are still highly relevant.

Secondly, in 2008, China campaigned to stop public spitting in Beijing prior to its hosting of the Olympics in order to varnish public opinion of its hygiene. But a similar campaign was initiated throughout China even earlier, in 2003, to curb spitting in an effort to counter the SARS epidemic. (China’s cultural habit of spitting may be from a lack of shyness about bodily functions—spitting being a natural way to expel phlegm.)

The Relation between Saliva and Zika

Regarding the Zika virus, there are mixed views on the risk of transmission through saliva. The virologist who was one of two to identify the first case in Brazil said that Zika “was more likely to behave like dengue, another mosquito-borne disease that is found in human body fluids but cannot be spread that way.”

The consensus seems to be that the risk of transmission through casual contact, like kissing, is yet unsubstantiated and may be minimal. The CDC addresses the uncertainty by saying, “Zika can be passed through saliva during deep, open-mouth kissing” (emphasis added). So kiss, but not too deep.

The Relation between Saliva and Health

We may spit to expel phlegm; to show disgust; to rid a taste in the mouth; to seal a gentlemen’s agreement by handshake; to shine our shoes; or any number of to dos. Aside from all that spitting can accomplish, there are benefits to the Chinese campaigns to stop it.

The benefit to retaining spit may go beyond the prevention of infectious diseases. In addition to preventing sickness, it may also actively promote health. In this regard, I am referring specifically to saliva, not phlegm.

Saliva is mostly water. But it also contains hormones. Currently, it can be tested for seven: cortisol, DHEA-S, estradiol, estrone, estriol, progesterone, and testosterone. The role of these hormones in saliva is not well-defined. However, given that these are chemicals related to normal physiology, they may play an important role even in saliva—possibly for the health of the microbiome within the mouth.

Testosterone in saliva may act as a pheromone to attract mates or to signal other responses, as it does in other mammals. There are also peptide hormones in saliva that help regulate inflammation in cases of lesions in the mouth or throat.

Additional components of saliva include electrolytes, antimicrobial agents and digestive enzymes. The enzyme, amylase, helps digest carbohydrates and is produced by the salivary glands. Saliva also contains proteases, enzymes that help digest protein. However, it is not clear how much proteases is made by the salivary glands, if at all. They appear to be mostly derived within the mouth from white blood cells and bacteria.

At least one qigong practice has the effect of producing copious saliva, promoted by Mantak Chia [see footnote].

Qigong is a branch of Chinese medicine. It is calisthenics, that emphasizes the coordination of breath with movement, relaxation during movement, and self-awareness of the subtle internal movements within the body. The exercises are done to promote physical health, mental-emotional well-being, and longevity. These goals are summed up as “the cultivation of qi.”

It is recommended that you swallow the saliva produced during qigong in order to further cultivate qi. Of course, the traditional way of learning is to first copy the masters and don’t ask questions. So, the reasoning here can be elusive. But retaining the saliva is sensible if we consider its components that can contribute to our health.

While the role of sex hormones in saliva is not well-understood, the effect of digestive enzymes is clear. In Chinese medicine, there is a strong focus on digestive strength to ensure the adequate production of energy (qi). Anything that promotes digestion also helps to cultivate qi.

Granted, I am not aware of studies on the salivary production of digestive enzymes without the presence of food aromas, which would often be the case during qigong practice. The smell of food triggers not only our appetites but also the signal that comes from the parasympathetic nervous system to produce digestive enzymes.

However, meditation—as an aspect of qigong practice—engages the parasympathetic nervous system. Whether it also triggers enzyme production, or tones the capacity to do so, still needs to be studied. But the potential role in promoting digestive health, by the saliva produced during qigong, is food for thought. Also, remember that proteases are mostly derived within the mouth rather than by the salivary glands. So their production may be less dependent on food-related parasympathetic nervous system triggers.

Qi gong can be used not only to cultivate qi but also jing. Jing refers to our vitality, particularly sexual health. So, this brings us back to considering the role of sex hormones in saliva and what retaining saliva (after qigong practice) could mean for overall sexual health.

To be clear, this post is not a definitive statement on the role of saliva in terms of Chinese medicine. Rather, it is an exploration of ideas influenced by Chinese medical thought.

Mantak Chia has written dozens of books and conducted workshops, both on qigong. There may be some controversy over his sexual cultivation practices, in that his workshops may evoke cultism. However, his writings on qigong–regarding physical, sexual or overall health–are concise and highly informative.