Benefit of Herbs to Invigorate Blood in Cancer Therapy

by Carl Balingit on September 9, 2013
in Chinese Medicine, Integrative Medicine 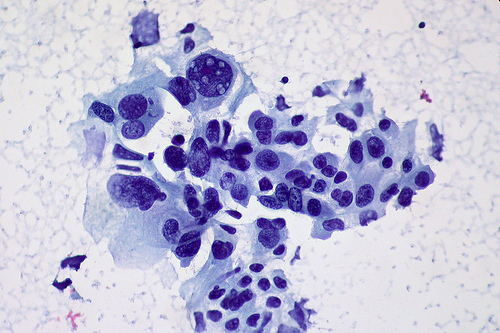 While visiting the hospital at the Chengdu University of Traditional Chinese Medicine in 2005, it was interesting to witness the heavy use of blood invigorating herbs in cancer therapy along with chemo and/or radiation. It was interesting because 90% of cancer deaths are due to metastasis, in which cancer cells migrate and invade far-off tissues via vascular and lymphatic circulation (Weber, 2010).

I reconciled this apparent paradox—of invigorating blood while there is a risk of metastasis—by remembering that tumors are treated as a form of blood (and phlegm) stagnation in Chinese medicine. However, it was still not clear to me how to explain why the therapy worked.

I recently gained clarity while reading, Inflammation and the Seven Stochastic Events of Cancer. This is a very detailed and technical work on carcinogenesis (the formation of cancer). If you can navigate the technical jargon, I recommend this book. For it is nonetheless a fascinating aggregation of scientific cancer research.

Angiogenesis (formation of new blood vessels) and hemostasis (blood clotting) are consistently associated with cancer (Weber, 2010). Since angiogenesis is the process that tumors rely on to get nourishment for growth and survival, the successful use of blood invigorating herbs again triggers curiosity. At the same time, the application of such herbs seems obvious in regards to hemostasis.

Angiogenesis and the risk of metastasis seem to contraindicate the use of blood invigorating herbs in cancer treatment, but this is why such a notion is invalid:

Angiogenesis is the formation of new blood vessels to feed a tumor. As a treatment principle, invigorating blood should not promote angiogenesis unless it is shown that the herbs used also promote vascular endothelial (blood vessel tissue) growth. A study suggests that the vasculature in the vicinity of a tumor has been shown to be highly permeable (Wojtukiewicz, 2001), such that the blood invigorating effect on local blood vessels can be considered negligible.

Rather, invigorating blood may inhibit angiogenesis by preventing local blood coagulation (clotting). Wojtukiewicz et al. (2001) states that tumor angiogenesis is strongly linked to key regulators of coagulation: tissue factor (TF), thrombin and fibrinogen—all of which are expressed or activated in several tumor types. The article references other studies that showed that thrombin directly promotes angiogenesis in vivo.

This post only addresses the use of blood invigorating herbs in the treatment of cancer. Clinically, Chinese medicine cancer treatment is most often an integrative approach, employing chemo- and/or radiation therapy along with other herb categories (e.g. herbs that strengthen digestion, boost immunity, and enhance adaptation to stress), as well as acupuncture.