Reality Does the Body Good

by Carl Balingit on March 1, 2010
in Personal Growth 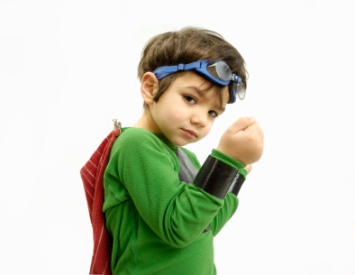 Growing up in Chicago was, for me, idyllic: a park across the street with a large open field plus a lot of climbable trees, bushes, a homemade BMX track, and plenty of mud in back. Behind the park were railroad tracks to play on (not recommended), and then another park.

Across the other street was a chocolate factory. Imagine spending summer twilights playing outdoors with police sirens, lightning bugs and chocolate in the air, and you could see why I thought going back to school was boring.

There were enough kids living on our block to field two softball teams, and the girl-to-boy ratio was perfect for truth-or-dare.

But there were differences between us: they drank milk; we drank Pepsi. They’re tall; we’re short. However, we didn’t let these differences get between us. And my best friend and I spent most days and nights out in the city… which, as kids, meant around our block. One exception to this rule was two hours indoors for Samurai Sunday on Channel 66.

Ahhhh… but the point here isn’t just to reminisce.

We are adults now, but we can still go out and play.

Reality is not packaged within a plasma screen with digital picture and sound. Nor is it a video game, no matter how real it looks. Reality is what lies beyond the wall that your TV is mounted on, and it’s what we grew up on.

As adults, reality is a platform to continue our growth. So get out there and play.