The Alternative to an Aphrodisiac Hangover 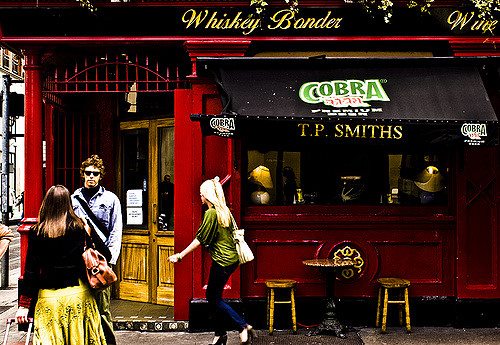 Because of snakes’ inclusion in the Chinese pharmacopeia, unscrupulous vendors may use it as an excuse to hawk “snake wine” (mostly, cobra)—commonly marketed as an aphrodisiac. It is most common in Southeast Asia, particularly Vietnam.

In your travels, resist the urge to pick up a bottle of snake wine as a souvenir, or even an aphrodisiac-infused night on the town (you’re more likely to get a hangover than anything else). It is part of an illegal wildlife trade.

In Chinese medicine, snakes are used not for sexual vigor but for other ailments. (Some alcohol extracts are used, but not as sold in Southeast Asian markets.)

The venomous krait (agkistrodon) is used for facial paralysis when there is blood stagnation. It can also be used for conditions that affect the skin.

Cobra bile can be used for coughs (not as a lubricant).

However—for Chinese medicine in the States—the use of snakes is uncommon because their import is mostly restricted. For snake species can be hard to differentiate, and some are on the endangered list. Besides, here we typically select from a very small fraction of the unique medicinals that are used in China, where the list of choices exceeds 5,000!

Snake wine, as a purported aphrodisiac, can be attractive. For the look of it is suggestive of virility. After all, cobras are highly potent, venomous, fearless and assertive creatures that strike without hesitation—qualities that someone seeking sexual vigor may hope to embody.

However, virility does not come from potions. Rather it is a sign of the overall health of the body; particularly the neuroendocrine system, but physical stamina is also required. Maintaining the integrity of all these systems is more complex than consuming an 80-proof snake.

Diet, sleep and exercise are the prime triad for nurturing virility. However, physiological imbalances do occur, even with reasonable compliance with the just-mentioned prescription. Should this be the case, any number of physiological systems can play a role in diminished libido. Before libido can naturally increase, those systems must be brought up to par.

In addition to lifestyle habits and physiological balance, note that social and cultural environments can also influence virility.